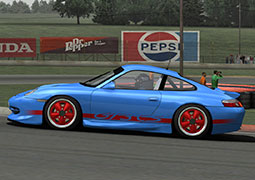 The Porsche 911 GT3 is a high-performance homologation model of the Porsche 911 sports car. It is a line of high-performance models, which began with the 1973 911 Carrera RS. The GT3, introduced in 1999, is named after the Fédération Internationale de l’Automobile (FIA) Group GT3 class, in which its racing counterpart was designed to compete. 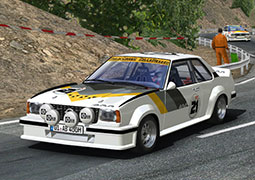 The Opel Ascona B is a mid-range sedan from Adam Opel AG, Rüsselsheim and was introduced in September 1975. It was the successor to the Ascona A built in November 1970 and the last Ascona on the GM-H platform with rear-wheel drive. It had the same technology as the Coupé Opel Manta B presented at the same time.