Skip to content
You are here
Monza 1975 for GTR2 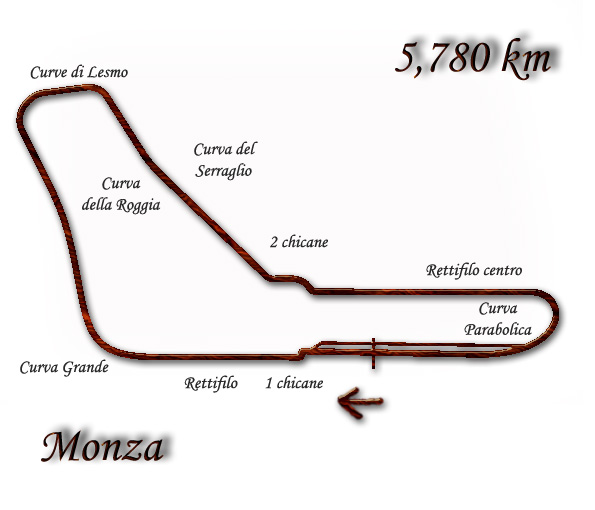 Another track for the 75 period, originally the 75 tracks were conversions of a lot of 79 tracks with various texture and banner changes for Crews cars and F1 challenge, when time was short and never got around to spending much time with them. it was shelved for a later day.

Reworked the earlier released 70’s monza to resemble the 75 layout, included various pit extras, not so many textures changed apart for pits walls and odd barriers. I mainly added more barriers, some battered and changed the track layout to include the 2 chicanes one at Ascari and one on the main straight, for the 73-75 period. track length slightly changed to 5,780km. left the kerbing a bit lower on the main straight chicane so all cars make it through okay. whereas the Ascari Chicane uses higher curbing.

I know having tracks for a specific year is sometimes not a viable project, and there are already 70’s versions released but as I like racing older classic cars and F1 I thought I’d share a couple of my favourite tracks still part of the 70’s era, 75Kyalami and 75Monza, these work alongside the other variants as seperate tracks so you dont need the earlier versions for these to work. both have been updated and reworked in quite a few areas.

I know the 73chicane was slightly tighter than in 74 and 75, so I sort of used a bit artistic licence again 🙂

hope you have fun driving these ?