Skip to content
You are here
Vancouver 90s for GTR2

Molson Indy Vancouver was an annual Champ Car race held in a street circuit near BC Place and running past Science World in Vancouver, British Columbia, Canada held in July or August from 1990 to 2004. 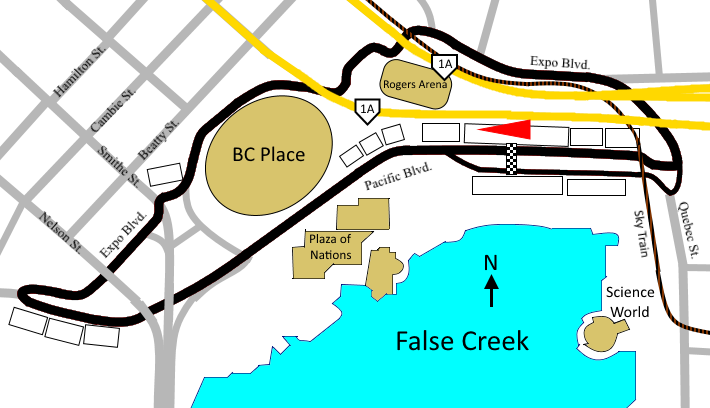 On September 2, 1990, the first race took place on the original circuit, which was won by Al Unser Jr. From 1998, a new circuit was created to the east of the old Pacific Place, where only a small part of the original circuit was used. The circuit was popular with drivers and often produced an entertaining race. For most of its fifteen years, the Vancouver Indy attracted in excess of 100,000 spectators over the course of its weekends, and in 1996 held the Canadian single-day sporting event attendance record until it was beaten by the Formula 1 Canadian Grand Prix in Montreal that year. The final event in 2004 had race day attendance of 63,000 with a total three day turnout of 158,420 spectators. However, from 2004, Vancouver was left off the Champ Car fixture list, and no race has taken place since.

I converted this track many years ago, from F12002 i think, who did the original i have no idea, but i thank you for this old track in your absence. It has been updated to rFactor standard with :

and numerous other enhancements according to any photo evidence i could find for this version of the track. If anybody wishes to improve the aiw or cam file please feel free, or anything else for that matter.

I have tried to position objects correctly according to the videos and photos i have.

dont forget to delete the vancouver90s HAT file if you had installed Ver1.