Skip to content
You are here
Paramount Ranch for GTR2

This track was created by maekie; my only additions are a new loading screen, skybox and “rain reflections”. 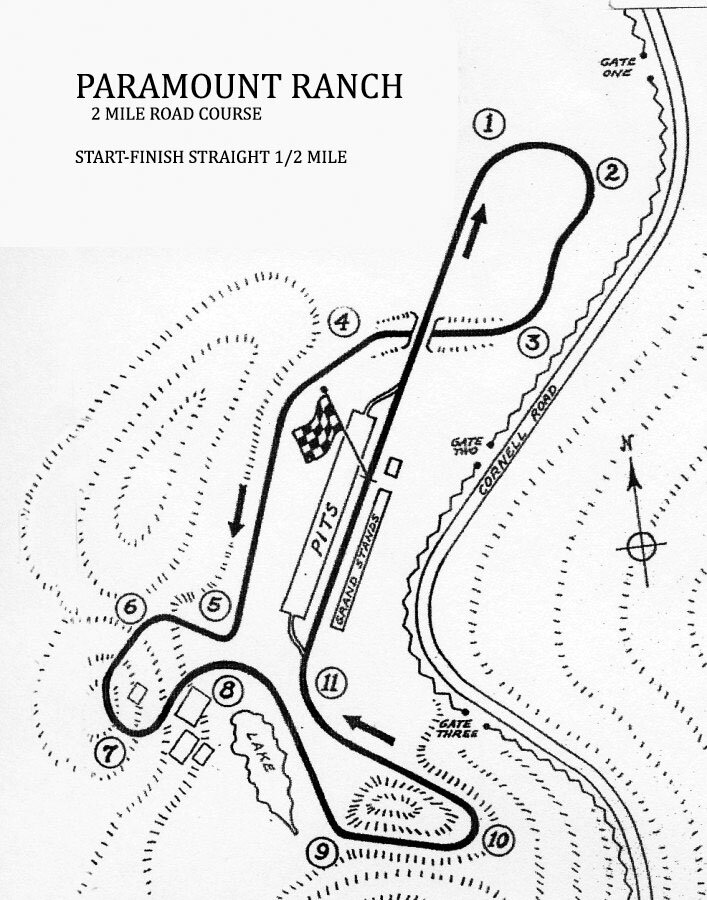 In 1956, the owner of Paramount Ranch decided to build a road-racing facility. He approached Ken Miles and Dick Van Laanen to design the road course. They designed a paved road course nearly 2 miles (3.2 km) miles in length. The road course included 11 turns with uphill and downhill sections, a straightaway just shy of 3⁄4 mile, a bridge and underpass as well as a lake opposite the start/finish line. Bob Bondurant described the course as “unforgiving but a real challenge”.

Infos from original ReadMe for GTL :

“Set in the heart of the Santa Monica Mountains National Park this Historic Race Track has a unique and memorable history. It was crafted one spring day back in 1956, when the late and Great Ken Miles (winner of Sebring/Le Mans) drove a VW Bus around the hillsides and planned it all out in a single day!….the rest as they say is history. ”

Another ghosted track from the past, Paramount Ranch Racetrack’s premiere event took place in 1956. There were only a handful of races held at the mountainside race track, most of which were marred by dangerous track design that led to 3 fatalities in the 18 short months the track was operating at full capacity.

I built this track for use in the Gamers Crib Muscle Car League. Join us for the fun !

– motorfx for permission to use the backgroundimage from Miller Motorsport Park

– Pizzaman for 3d-objects and help on the .aiw

– all the creators of tracks and xpacks !

-the Gamers-Crib and NoGrip Communities for input and useful information

Conversions of my tracks to other platforms are wished for. Just let me know when you do it, so i can add them to my collection. 😉