Skip to content
You are here
Thompson Raceway 1962 for GTR2

Thompson Raceway, in northeastern Connecticut, was originally built as a 5/8 mile banked oval on leased land by a couple of brothers who were serious racing enthusiasts. One owned a construction firm and wanted to keep his men busy towards the end of the depression. Later, he kept them busy building the Massachusetts Turnpike. 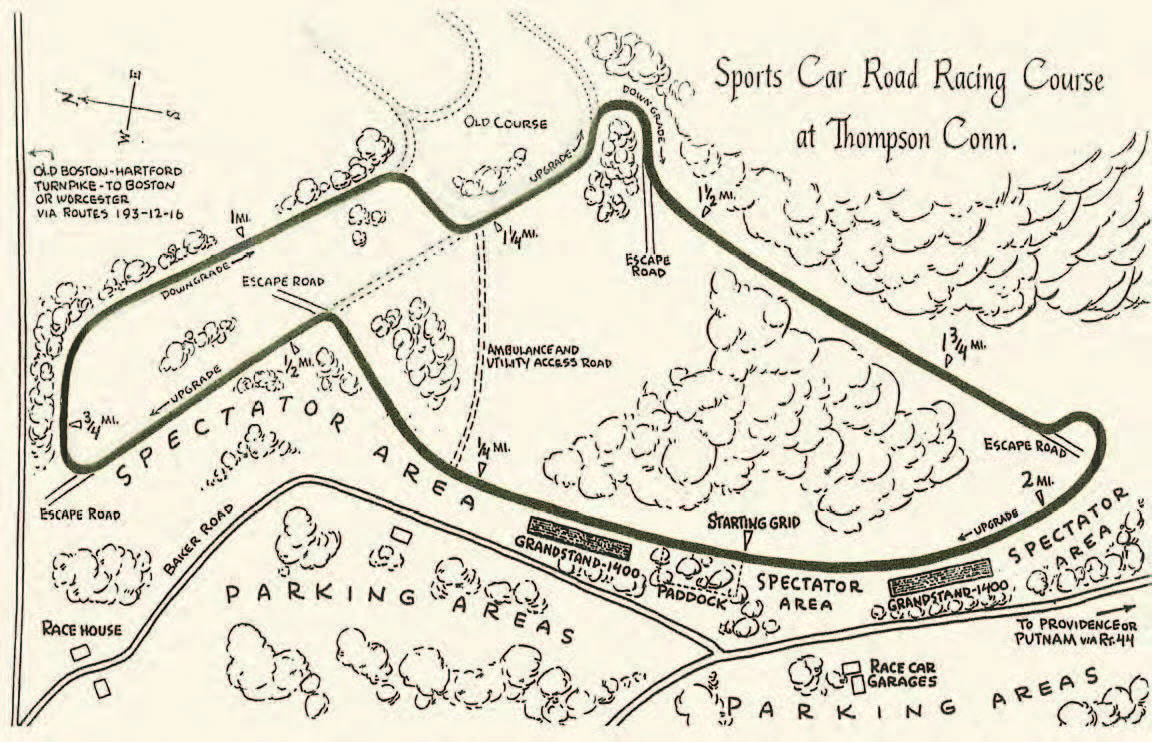 George Weaver was the prime mover in converting the track to a road racing course. He was an original SCCA member and had the first competition license issued by the club. He arranged to lease additional land, and became the track’s general manager (and secretary, and treasurer….). The “new” 1.5 mile track opened in 1952, and was subsequently expended several times. The 2 mile configuration was constructed in 1956 and used until 1967.

Spectators and participants loved the place, and there was much wailing and weeping when it closed in 1967 (the oval is still used for some NASCAR events). After the Weavers closed the 2 mile track in 1967 a 1.7 Mile road course was built by the owners of the property the oval occupies, using parts of the “old ” 2 mile track, events were held there until 1977 after which road racing at Thompson was discontinued permanently.

more infos about the track history can be found here

Thompson62 is an original Track created in Bob’s track Builder, Modeled (with some latitude) after the 2 mile configuration of the Thompson raceway, the self proclaimed “America’s Toughest Road Racing Course” (I think at some time Bridgehampton made a similar claim) which was used between 1957 and 1967.

We wish to thank the following individuals for publishing BTB Xpacks containing texures and objects used in constructing this track:

History, Photos, track maps etc. from: www.coldplugs.com
an all around great site for local (to New England) road racing history!