Skip to content
You are here
Tor Kielce for GTR2

Many “THANKS” to “NAD”, for convert-permission to GTL and GTR2 !

SPECIAL THANX tO “BETTY SWOLLUX” for the LOD FILES !

SPECIAL THANKS to “ZWISS”, for many help, and many hints !

SPECIAL THANKS to “GTI HEIZER” for hints to fix the Nightlights !

Kielce is Poland’s most frequently-used circuit, combining a busy oval-shaped track and infield kart course with an external loop which uses part of the main road past the circuit. A centre for the country’s motorsport activities, it is owned by the Automobile Club of Kielce (ACK). 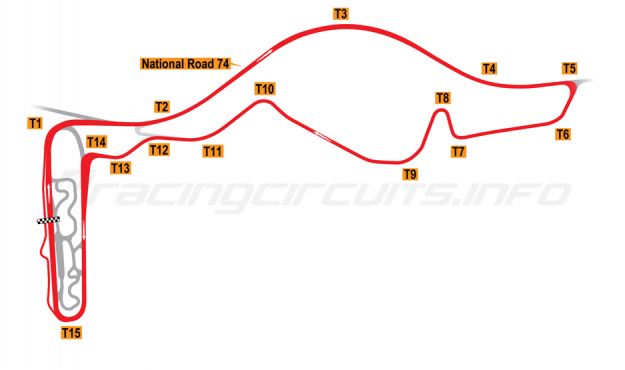 Plans for the circuit were announced in 1976 by the President of the ACK, Vladimir Wójcikiewicz, the Polish Automobile Federation and the Świętokrzyskie regional authorities. The aim was to provide a driver training facility which could also host motorsport events and thus promote the region for tourism. The new facility opened on June 26, 1977 with a round of the Polish car and motorcycle championships.

The circuit was designed by Joseph Marcinkowski and features a short, flat loop of asphalt which can be extended by diverting at turn one along National Road 74, through a series of sweeping uphill curves before turning back onto a permanent section of track which heads back through the woodland to the ‘Little Loop’. In its extended form, it is a fast and furious circuit, with the woodland section featuring little in the way of run-off and boasting numerous camber changes, very reminiscent of the Nürburgring Nordschleife. Inside the oval loop is a full kart circuit with numerous layout variations which is also regularly used for sprint events.