Skip to content
You are here
Vale Revival 1937 for GTR2

The new Vale circuit was described as very fast and 7.2 miles in length, The entire race track was a gravel surface with just a short section at the start line bitumen, this was handy as it assisted the riders to start their machines easier with the manditory push starts. 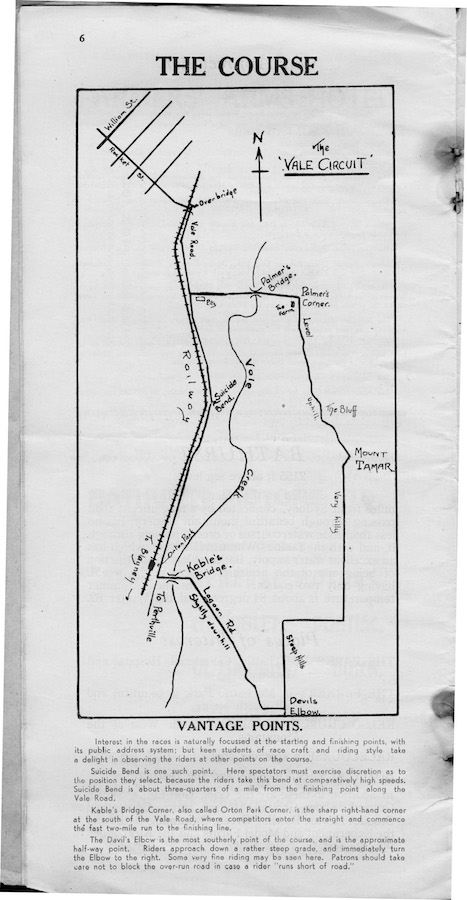 From 1931 to 1933 the racing was conducted in an anti-clockwise direction, the skill level to race the track needed to be very high, along with the gravel surface, which tended to rut up the roads had many peeks and troughs and the riders would free fly from one peak to another, some with a disasterous ending. parts of the circuit consisted of sharp or hairpin corners as well as un-controlable dust, it has been reported that when the dust was at it worst the riders would use to tops of the telegraph poles along side the roads to follow the coarse.
Add to this that being a public road in the 1900’s noboby would close the roads, so the riders would have to contend with the public, some on Horse and Carts taking up most of the skinny off camber roads.

By 1938 racing had finished at the Vale Circuit and Mount Panorama Circuit had been deemed as a more suitable site.

detailed infos about the track history can be found on amcn.com.au

This 1930’s classic TT race is more a revival than a period piece, soz but it’s as close as I could get it.

I finished off the roadside stuff, added a heap of new bits n pieces, retextured alot of land, adjusted the ai for both layouts stopping the ai from ctutting corners, moved the pit area and start line to a much better spot… added a few things to look out for…made some custom textures aswell.

Completely realigned and moved every road. new bump and spec maps, painted the overlay.dds and painted a new grassadd.dds. Result is muuuch better ground textures (I think) – heaps of new objects, lots removed. Trimmed out ALOT of grass…sorted the horizon. lots other stuff.

I have included a specialfx.tec file as the dirt material has been modified…if you use the original you will get stuck on the dirt road.

Fixed and adjusted more stuff….this should have been 3.2! much better…lol !

This may be the last update I can do given btb problems. I would like to do alot more to it.

Hope you enjoy the final changes that have been made.

A Big thankyou goes to ‘The Brace’ for finding the problem in the ai file, no more paddock runs!! lol Thanks The Brace!
I will try to do a summer edition as well as the 1934 layout (reverse).
Summer and winter editions done!

I have also used some more parts from the MMM modding group (Small piece of terrain model for the Bathurst hill) – Thanks guys !

A big thanks also to the SMS / Sim bin crew for the main background hills (Brilliant, really brings it to life, note originally from a simbin bathurst track, so it hasn’t gone far!!)

Thanks also to Neelj for the train!!
And to Brendon and all the guys for btb and xpacks!!!

Enjoy and many happy laps!