Skip to content
You are here
Brands Hatch 2008 for GTR2

Original Track created by SimBin Studios for “RACE ON” Game 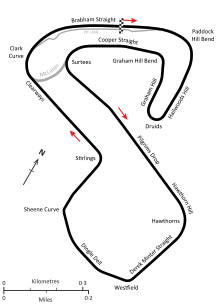 Extract with WinRAR or else and drop the Trackfolder into your
GTR2\GameData\Locations directory – done.

Only for private, non-commercial use / entertainment.
Do not convert to other platforms than SimBin.
Use at your own risk.