Skip to content
You are here
Bridgehampton for GTR2

Bridgehampton Race Circuit was a race track located near Sag Harbor, New York, United States. The circuit opened in 1957, following a series of road races held from 1949 until 1953. It was one of the first permanent road racing venues in the United States, opening after Thompson Speedway, two years after Road America, the year after Watkins Glen International, and the same year as Lime Rock Park and Laguna Seca Raceway. In its early years, Bridgehampton was host to major international series, including the World Sportscar Championship, Can-Am, and NASCAR Grand National. By the early 1970s, the track was used mostly for amateur events. The track closed permanently in 1999.

Bridgehampton was renowned as a fearsome course, requiring the utmost of driver skill. 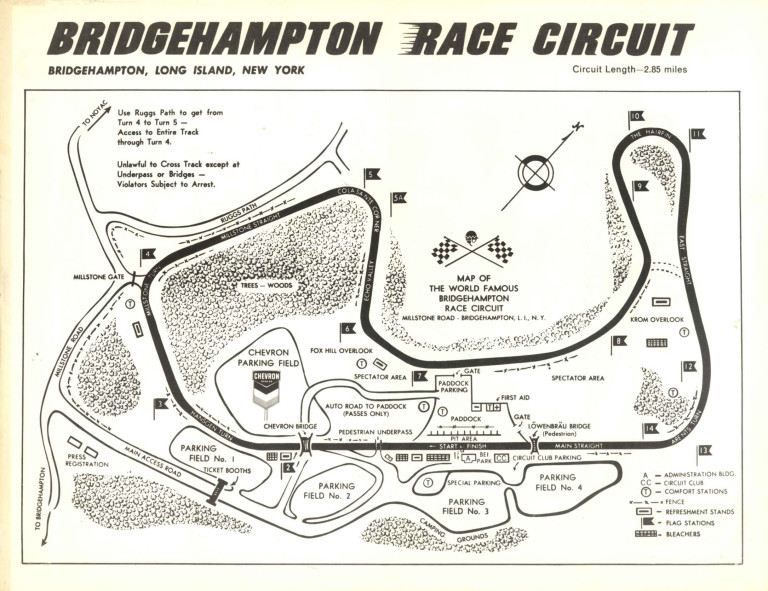 The races were revived in 1949, utilizing a 4-mile (6.4-km) circuit adjacent to the pre-war circuit in Bridgehampton and Sagaponack. It ran clockwise beginning on Ocean Road, turning right onto Sagaponack Road, right onto Sagaponack Main Street, right onto Bridge Lane, and right back onto Ocean Road. The races proved successful, and joined the SCCA National Sports Car Championship when it was created in 1951. The road races came to an end in 1953, after a driver was killed in practice and three spectators injured during the race. These events, combined with a spectator death in a crash at Watkins Glen in 1952, led the State of New York to ban racing on public roads.

This Bridgehampton is an original track created in Bob’s Track Builder, pains-takingly modeled after the world-famous Bridgehampton Race Circuit, circa 1967.

Steve Smith and I have spent many hours adjusting the track geometry and test driving this version to produce a driving experience as close to that of the actual track as our modest computer-modeling skills allow.

We wish to thank Brendon Pywell for his wonderful Bob’s Track Builder, without which we could not even dream of building tracks, and the following individuals for publishing BTB Xpacks containing textures and objects used in constructing this track: EnnisFargis, Jay_P-666, WierdBeard, Chub Pearson, and Big Carva.

unzip to the “\GameData\Locations” subdirectory