Skip to content
You are here
Salvador GSC 2011 for GTR2

The Circuito Ayrton Senna is located in the administrative district (Centro Administrativo da Bahia or CAB) in Salvador in Bahia state, Brazil. 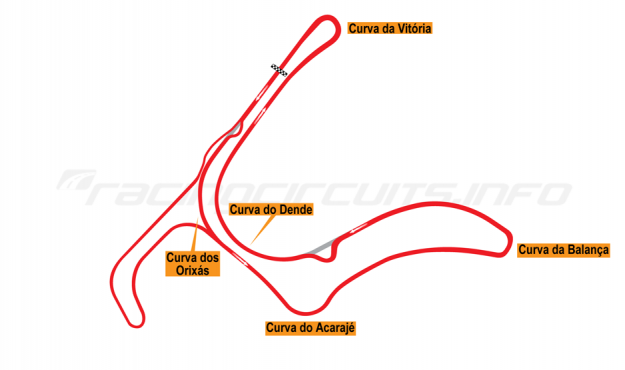 A race around the streets of the government area of capital of the Bahia state, Salvador’s circuit has in recent years been named in honour of Ayrton Senna (a confusingly common occurrence among Brazilian circuits!).

Salvador was the first capital of colonial Brazil and its architecture and culture reflect its European and African heritage. A vibrant arts movement sees many festivals take place here, giving rise to the city’s unofficial naming as Brazil’s ‘capital of happiness’. The largest city on the north-eastern coast and the third largest in Brazil, Salvador was a natural place for race organisers to target.

In 2009, the organisers of Brazil’s wildly popular Stock Car series duly obliged, signing a contract with the city to host its first ever street race. Based around the curving roads of the 1970s administrative district (CAB), the circuit features as a backdrop Bahia’s Legislative Assembly, Courts of Justice and Department of Tourism, not to mention the highly futuristic exhibition centre which appears to be balanced in mid-air like an incomplete suspension bridge.

The first trace took place on August 9, 2009, with Red Bull driver Caca Bueno becoming the first winner of a street race in Stock Car. According to estimates of the Military Police, more than 60 thousand people attended the race, with around 35,000 in the main grandstands. Overall the drivers were reasonably positive about the track layout but found overtaking challenging, so suggested a number of modifications to improve racing and safety.